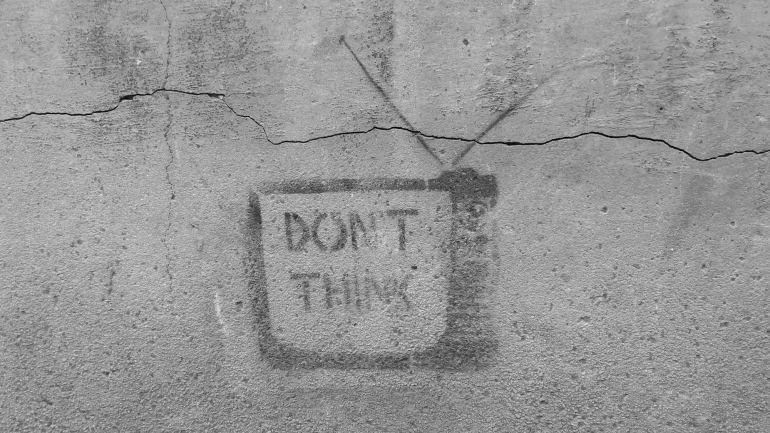 Do you ever hear people saying “I don’t have time’”? Maybe you say it yourself? Here’s how to manage your time better with a change in mindset, and with the help of Mac productivity apps that will (almost magically) restore the hours in your day.

At the time of writing this, it’s already July. Where has the year gone? For that matter, do you remember the millennium? Children who were actually born in the Millennium will now have graduated from high school, and maybe even college. Where has the time gone?

“I don’t have time” is said too much. Way. Too. Much. Yet we all have the same 24 hours in the day, so how do some people seem to have so much more? Or is it just a case that they know how to use their time better?

Data now proves that saying “I don’t have time” is usually blatantly wrong. We work less than we used to, and we have more spare time. Yet despite these facts, the day-to-day reality is quite different for most people.

Why is that? There’s one simple explanation, which is that we’re spending too much time on our screens, even when we’re not working. In a 2017 Ted Talk, psychologist Adam Alter analysed why our screens are stealing our time, and the reasons why this isn’t good for our mental health.

Even more disturbing is that it goes far beyond our screens. Being busy has somehow become fashionable; something to boast about, and a badge of success. It used to be that success meant that you had more leisure time. Now it seems that the wealthy and successful have more insanely busy schedules than any of us.

How do you break out of a cultural cycle where being busy is a status symbol? How do you develop a mindset of time abundance, rather than poverty. From work time apps, Mac productivity apps and a change in the language you use in daily life, here are some ways to reclaim the hours in your day. 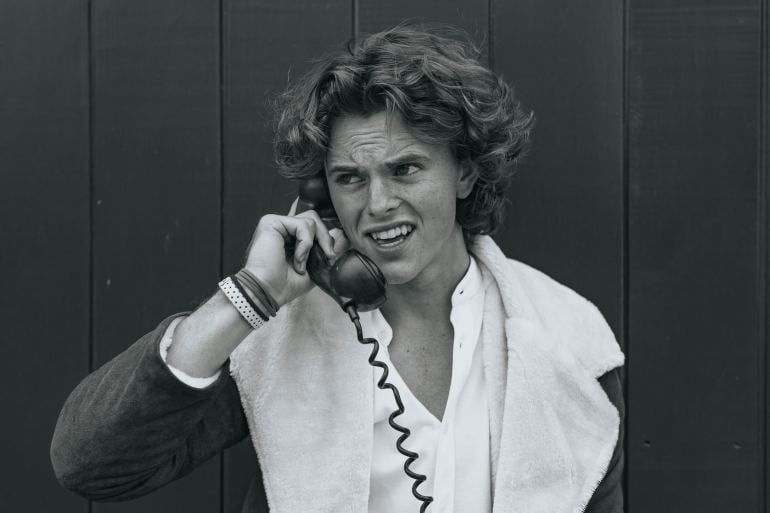 Watch Your Language: Stop Yourself Saying “I Don’t Have Time”

When you tell people that you don’t have time to do something, you’re usually failing to take responsibility for how you use the hours in your day. From brushing our teeth when we get out of bed in the morning, to meeting a deadline, everything we do in a day is a choice.

What happens if we stop brushing our teeth? They’ll start to smell, hurt and eventually fall out. If we don’t meet our deadline? We’ll lose our jobs. Regardless: these are choices within our control.

Stopping yourself saying that we don’t have time can be a powerful act in itself. Language shapes the way we think, feel, and interact with the world. The more we tell people we don’t have time, the more we believe it, until we’re living in a constant state of time scarcity.

A simple way to replace this sentence in our vocabulary is by saying: “it’s not the priority” or simply “no”. Both of these bring the responsibility back to you, and put how you use your time under your own control. It’s easy to get more money, but once time is spent, there’s no replacing it. If you protect your time, you’ll be able to use it on things which truly matter to you. As Warren Buffet says:

There’s a sense of power to be gained from this one simple shift in vocabulary. You’ll start to find that you’re working because you chose to, rather than because you feel you have to. 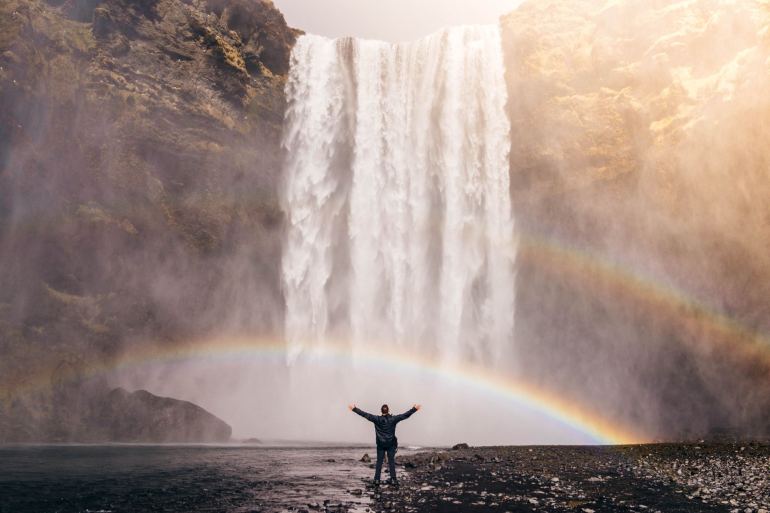 Work Out What Really Makes You Happy

Part of the culture of being busy is the belief that this is the way to happiness. If your mindset is that busy equals happy, how is that working out for you?

It may be a cliché, but money doesn’t buy happiness — and stress most definitely doesn’t. The Stoic philosopher Epictetus said, “Wealth consists not in having great possessions, but in having few wants.”

If you’re working towards something, and it’s causing you stress, why are you doing so? Is it to please your parents, or society? Are you just following rules that you may not even believe? Rules that can affect your productivity, time management and even happiness?

The side effect of wanting less is that it often frees up your brain to be more successful and productive.

If you start by taking a look at your posessions around your home, how much of it do you really need? The more stuff you own, the more you have to clean, look after, and worry about being broken or stolen.

Owning and buying things can be an addiction, just like drugs. We buy something, experience a rush of endorphins, but this soon fades and needs to be repeated.

If we’re being busy for the sake of having stuff, then we’re perpetuating a cycle of unhappiness: we work harder to buy things to make us feel good, which require more money, which causes more stress, which requires more money to be spent to relieve… you see where I’m going with this?

Valuing those things in life which can’t be bought but which bring happiness: time spent with loved ones, and in nature, will pay off far more eventually. Making conscious decisions about how you’re spending your time, creating an abundance of time, then spending it doing things that are genuinely nurturing will lead you to a far happier and more productive life than one spent chasing your own tail. 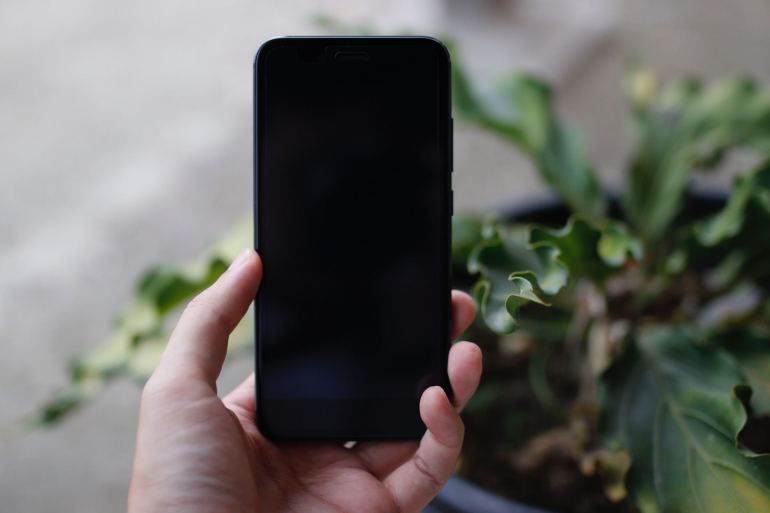 Manage Your Time, So You’re Not Hooked up to Screens

If you work online, it’s important that your leisure time is spent away from screens — otherwise there’s effectively no difference between work and play.

If you watch home design programs, you’ll often see them creating an office space that’s separate from your living space when you work from home. It’s important to be able to close that door at the end of the day, even if you live in a studio apartment, so it’s purely a metaphorical door.

What isn’t being mentioned, though, is that — for many — their work is their laptop. So if you take your laptop with you everywhere — you have your work with you at all times.

Even back in 2017, a Gallup survey said that 43% of the US work from home at least some of the time. That means that even then, almost half of us were taking our work home and having it invade on our leisure time.

This in itself creates the illusion that we don’t have spare time: because we’re spending it looking at things we need to do, or should do. Social media breeds the unhealthy habit of making comparisons, as we are confronted with people who on the face of the things seem to be more successful than us. They have nicer things, fancier cars, bigger houses, and a more impressive title at their job.

Our response to being immersed in this bubble? We feel the need to compete, and consequently, we become stressed at our lack of time.

In his book Lost Connections: Uncovering the Real Causes of Depression — and the Unexpected Solutions, Jonathan Hari says:

The more you think life is about having stuff and superiority and showing it off, the more unhappy, and the more depressed and anxious, you will be.

In his book, he argues that we’re losing connections to others, and consequently, we try to ease our loneliness by turning to the internet and social media. Which, of course, only reminds us of what we’re missing out on. Of the internet, he says:

If we learn to manage our time better, so we spend time away from our devices in our spare time, then we’ll be interacting with real people. 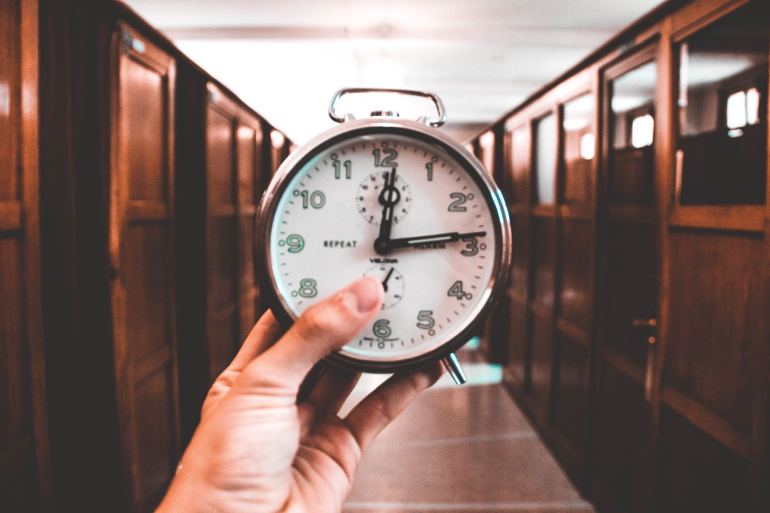 Track Your Time with the Best Mac Productivity Apps

A simple way to work out where your time is actually going, and how it breaks down over the course of the day, is to use a work time app like Timing to track the hours of your day. Are you spending too much time flipping across to Facebook? Or being unproductive?

Often we feel like we’ve worked an entire day, but in reality we’ve only accomplished two or three hours. A Mac productivity app will help you reclaim lost time, and help you realize that, in face, you have more time than you thought.

We’ve talked before about how to structure your day with time tracking techniques. Tracking your time is an effective way to find where your time is really going.

What could you be doing with that hour that you say you ‘don’t have time’ for? Going to the gym? Writing your novel? Catching up with an old friend, or calling your parents? Even if some of that time is messaging friends, how much of it is valuable and enriching interaction?

Breaking free of the time-scarcity mindset will have far more of a positive effect on your life than just helping you to be more productive. You’ll find yourself feeling happier, sleeping better at night, and moving through your day without the constant feeling of being in a rush. Oh and there may be a noticeable impact on your productivity and time management too! It’s time that we stop glamorizing being busy, and start prioritizing being happy.

Want to work out where all your spare time is going? Download a free trial of Timing and find out.

9 Entrepreneurs Share Weird Ways They Manage Time Effectively Night Owl or Early Bird: How to be Productive at Night?