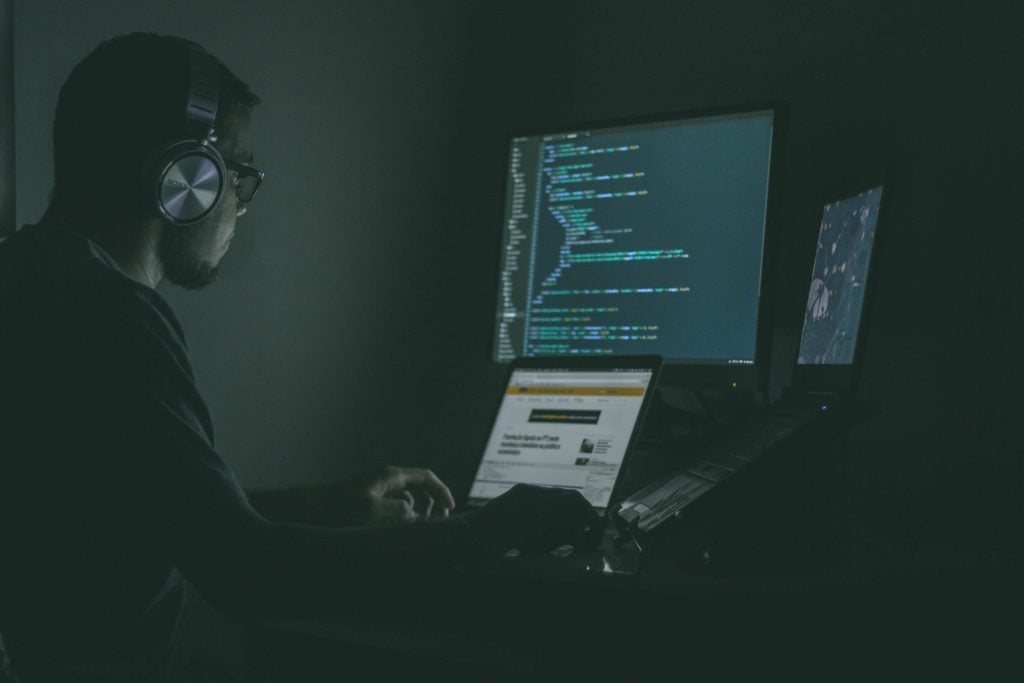 Because you don’t have to be up at the crack of dawn to be productive!

I really wish that I could bounce out of bed at 4am, drink some lemon water, and be on with the day. In fact, I once did that for a week and was a crying wreck by 7pm on Thursday. My coworker made me promise I’d stop.

Were I to believe many of the productivity articles and entrepreneurs out there, this flaw means I’ll never be successful.

When entrepreneurs talk about their morning routines, I feel like I’m in a locker room conversation of everyone one-upping the next. “I wake up at 5am and spend 90 minutes working out,” “Well I wake up at 4am, run a 10k, then mentor underprivileged kids and found a new NGO before checking emails by 8am.” And so it goes on.

Sir Richard Branson claims to wake up every day at 5am and encourages everyone to do the same. Indra Nooyi, CEO of PepsiCo is up at 4. Twitter CEO Jack Dorsey is up at 5:30am and out the door for a jog. They’re not the anomalies. In an informal survey, 90 percent of executives identified as being early risers.

This guilt made me want to explore a radical concept: what if you can sleep in, but still absolutely crush the heck out of your day?

Some entrepreneurs, like Elon Musk, seem to be both lark and owl — getting 6 hours of sleep a night. Other CEOs swear by 4 solid hours, and even advise on how to cut your sleep down to that little.

The thought of only 4 hours sleep a night, though, is a little horrifying. So we talked to some real-life night owls, and guess what? They’re still getting loads done, and getting plenty of sleep in the process.

Here’s why our successful night owls swear by the evening hours for their productivity. 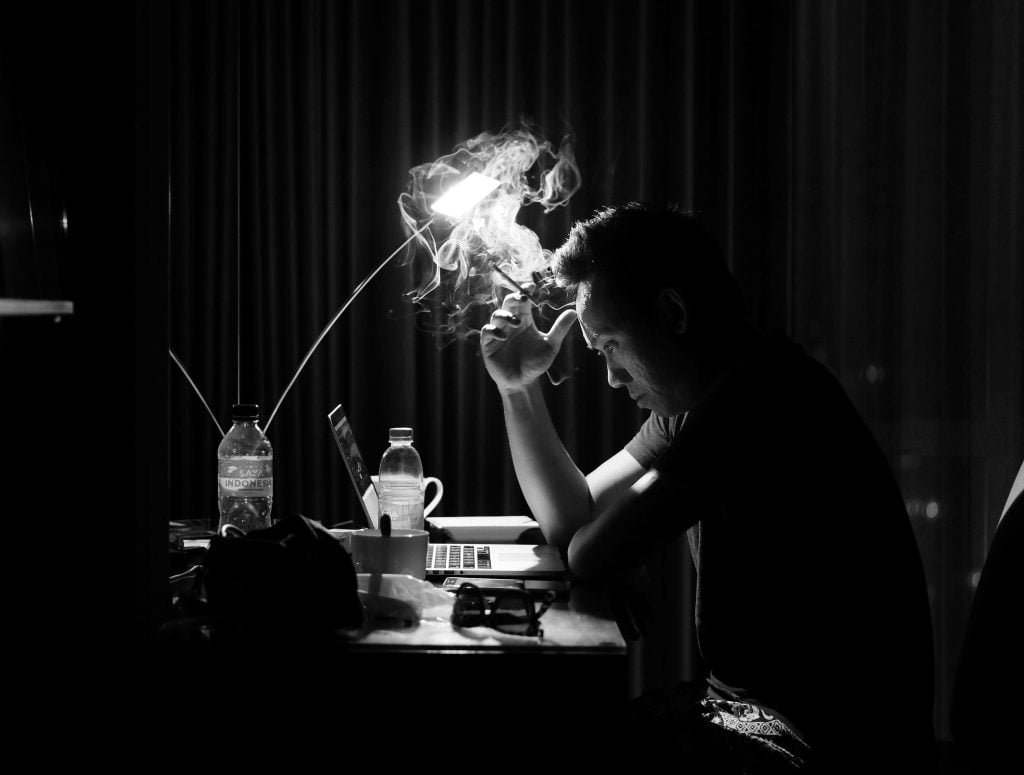 Why we work better at night?

Unless you live in a soundproofed box where meals are brought to you three times a day, you’ll have to work around environmental factors with your work. Kids, errands, spouses, friends: we all have things in our life which are enjoyable distractions, or just necessary tasks.

E.B. White famously said: “A writer who waits for ideal conditions under which to work will die without putting a word on paper.”

Wait until night, though, and all these distractions go away. The dog has been walked, the children are in bed, and people have stopped calling, texting and emailing.

Most night owls are born that way, but some adapt to become a night owl to take advantage of the silence, as did Morgan St. James, author of 16 books including the award-winning ‘Incest, Murder and a Miracle.’

“I was never a night owl until I became an author. I find that my high creativity level seems to kick in around 11pm and I will often work on my novels until 2 or 3 in the morning. I think this happens because although as a full-time writer I also write during the day, I spend promotion time, do errands, present workshops, and other necessary activities as well during the daytime. Then, after some evening relaxation, my mind is clear and it is quiet. I turn on classical light piano music and let my mind roll. I do not set word or time limits or maximums for myself. I keep writing until I am ready to stop.”

Óscar Mota Mangandi, founder of the digital agency Royale Studios, agrees that many creatives prefer to work at night:

“For creatives and IT professionals, working at night is more productive because you get fewer distractions, people aren’t interrupting you, there are no calls to attend, no emails coming in, social media notifications or things like that. You can focus on what you need to accomplish (open offices are a real nightmare to be productive in).

I have been doing this for 15 years, but now I have a little baby to take care of (1yr old). This makes my routine a little bit more difficult because I need to wait for her to sleep so I can start my night routine. I have fewer hours in which to do my job but, I’m still very productive.

My routine starts at 9am, then I take a nap during the day and keep working until 2-3 am.”

As creatives who work best at night, they’re not alone. Bob Dylan, Franz Kafka and Marcel Proust all did their best work in the evenings, and the author Thomas Wolfe didn’t even begin to put pen to paper until midnight each night, primed with copious cups of coffee.

We’re Not Just Bad at Mornings: We’re Made that Way

Generally speaking, night owls are envious of people can wake up and feel instantly awake. People who can get an entire day’s work done by 10am. Often we’ve tried to force our bodies into a new pattern — thinking if we can manage it for thirty days, we’ll have made it.

New research shows that this is not only near-impossible, but that it’s actually harming our health. Slightly contradictory when other studies show that night owls have a shorter life expectancy. Shouldn’t we be trying to get ourselves into healthier habits?

Studies have shown that night owls are more prone to depression, anxiety, and substance abuse. Looking at the list of authors and creatives who are night owls, this is hard to refute. As T.S Eliot said: “anxiety is the handmaiden of creativity.”

That being said, sticking at least somewhat closely to the chronotype mother nature has given us makes sense if we’re trying to be productive: rather than fighting through the day sleep-deprived, then laying awake at night.

“I’ve had night owl tendencies since my teenage years, and was relieved to learn recently that science supports the existence of different chronotypes. Now, rather than feeling guilty that my most productive hours occur after everyone else in my household is asleep, I’m able to embrace and enjoy the productivity and momentum that I feel working late into the night.

That said, I believe the reason I am able to do so is that I remain committed to getting at least 7-8 hours of sleep per 24 hours — even owls need to sleep. Since I am self-employed, I’m fortunate to have the flexibility to stay up late and sleep in when I need to, and I supplement my nightly sleep with afternoon naps when it is necessary. A typical night for me might involve getting to work around 9 pm (after my children go to bed) and working until 2 or 3am, then sleeping in until 8am; this may be followed by a 90 minute nap around 4pm.

By making sure I get enough rest, I find I am able to remain alert and productive during my waking hours, and I get more done than if I were trying to make my body adapt to early mornings and evenings.”

Night owls gained some acceptance in 2012, when Kathryn Schultz, writer at the New Yorker, published a moving confessional essay about her life as someone who rarely sleeps.

There’s an air of hedonism that comes with staying up all night. Of recklessness, and joi de vive. Even if it is down to genetics: maybe headonism comes with those DNA strands? 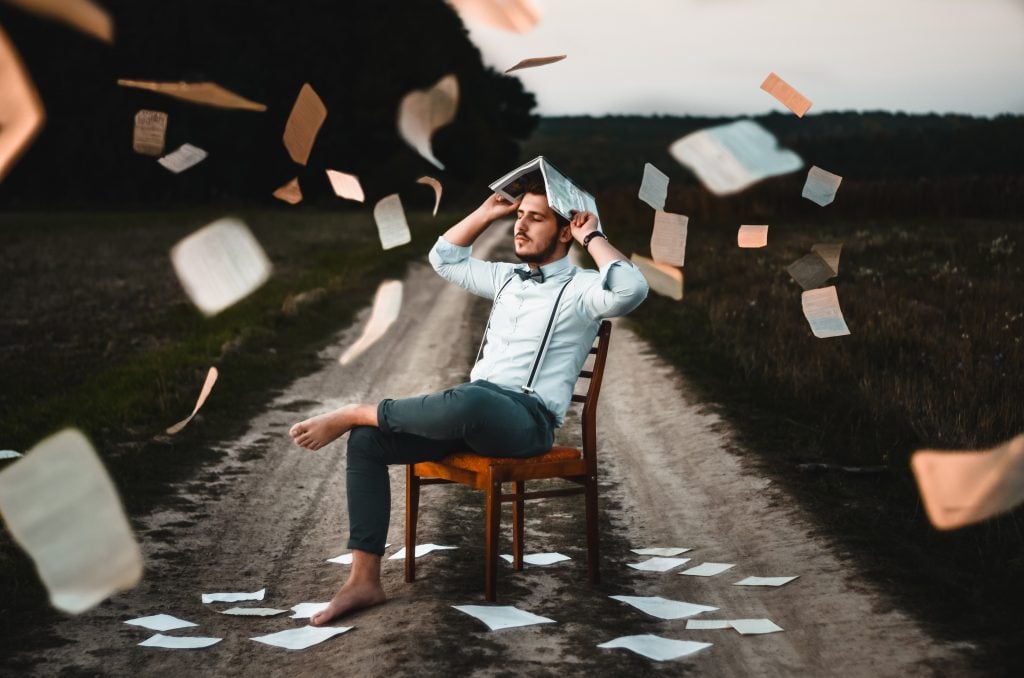 At Timing, we’re big fans of removing friction and distractions, and making use of every tool in your arsenal for time and stress management. If this means waiting until the rest of the world (or at least those in your time zone!) have gone to sleep, then so be it!

Entrepreneurs with families find this especially true, even if they haven’t always worked late. Not having distractions and other calls on your attention gives you space to concentrate, as Sireesha, remote worker and founder of Crowdworknews.com has found:

“The reason working late nights works for me is because of the quiet, peaceful time I get. Kids have gone to bed, my brain is still functioning at a faster rate and most importantly, this time lets me catch up with my unfinished day tasks.

I am an early riser but my mornings are mostly occupied with reading emails, communicating with my freelancer etc. So, a bigger chunk of ‘work on business’ is done at nights.

I have been in my remote job for over 8 years and managing my online business for 2 years. Working remote or working from home without a traditional office means working anytime. To get the most work done, being a night owl is the way to go for me. I could not have achieved the success of earning a full-time income my business in just 2 years, if it wasn’t for this arrangement.”

You don’t have to wake up early to still manage a full day of work, though. Nicole Faith, who works with solopreneurs to craft online service businesses at 10caratcreations.com, and who founded the Digital Nomad Business Directory, still manages to be highly productive while missing out on the morning entirely.

“For me personally, being on a later schedule feels more natural. I’ve never enjoyed mornings.

Wake up between 11am and 1pm, unless I have earlier meetings. Eat breakfast, do my number one most important priority for the day (which can be building a part of a business, writing a blog, giving an interview etc..), then I complete other smaller tasks for my business.

I do no more than 4-6 hours of work each day, but I spend a lot of time on self-education and self-improvement. I’m most creative at night, which is when I get a lot of great ideas. I use the nighttime as a springboard for coming up with crazy ideas I wouldn’t have thought about otherwise for my business and the businesses I design for my clients.

I stay up late doing hobbies like reading, watching movies or other things that keep my mind active but not engaged with work. It’s when I give myself a breather from work that I’m at my best.

As soon as I have an idea, I’m off to the races implementing it or researching it further.

I’ve always been a night person, and have been operating like this with my business for the past few years.

As long as I get one important thing done per day (at the beginning of my day), I’m productive.”

If ideas come best at night, then embrace it, don’t fight it! While all the buzz seems to be about getting up earlier, there are certainly plenty of successful, healthy, wealthy night owls out there. Buzzfeed CEO and Huffington Post co-founder Jonah Peretti wakes up at 8.30am, while Mark Zuckerberg wakes up at 8am, which still seems early until you remember he often works 60 hour weeks, and it’s still a solid 3 hours more sleep than Branson’s getting.

If you’re thinking of switching up your routine to embrace your natural biorhythm, look into a Mac productivity app like Timing to find out which hours you’re most productive in. Timing also has the option of setting your work hours to suit you. The best work time apps will take sleep patterns into consideration, rather than capping your day at midnight. The early bird may catch the worm, but it’s the night owl who gets the peace, quiet, and creativity to succeed.

Timing works to your own sleep schedule. Download a free trial, and find out what your most productive hours are.

Time Scarcity Can Be Beaten! Here’s How to Break Free 3 Mistakes You’re Making When Tracking Time (and How to Fix Them)