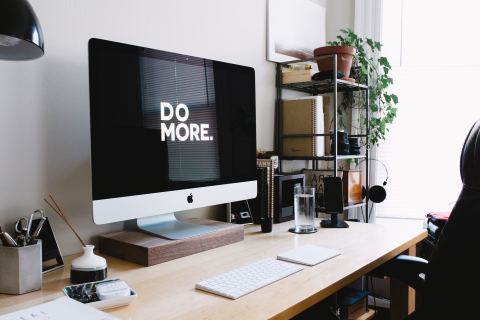 Feeling like time is slipping through your fingers, with no real concept of where it’s gone? It sounds like you’re in need of our productivity hacks. It’s time to take back control!

At the end of 2017, we wrote an article on how to make 2018 your most productive year yet. If you haven’t read it yet and printed out the PDF for your wall, then go and do that now — we’re not even halfway through January, so there’s still time to set yourself some New Year’s resolutions. If you did read it and you set yourself New Year’s resolutions about timekeeping, how’s that going?

Like many people, after the first week and the initial motivation has passed, you’re probably starting to falter on those things that you were “definitely, really going to do this year, honest.” So we thought we’d give you a little help and motivation by putting together this piece on hacks to make yourself the Terminator of productivity: an unstoppable machine who is going to dominate 2018 and make it yours. 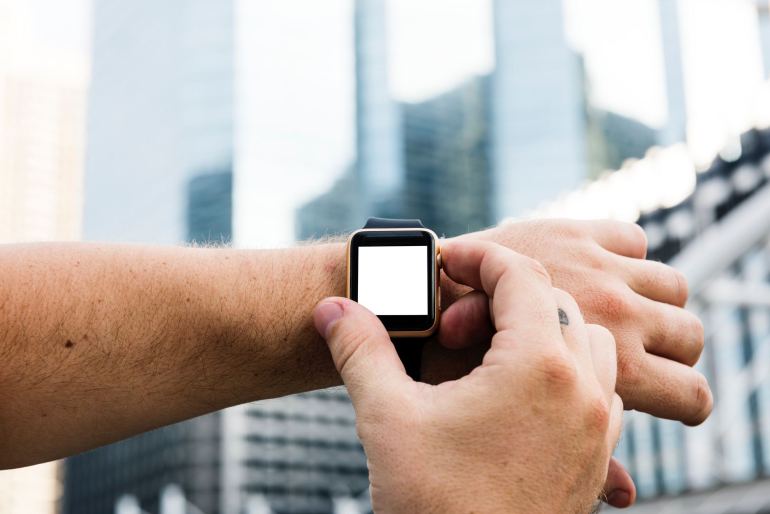 1. Empty Your Brain of Everything Superfluous

I used to say really proudly that I could remember everything, and there was no need to write it down. Then, after reading David Allen’s book called Getting Things Done, I realized that’s not something to be proud of. Just because I can remember everything, doesn’t mean I should. Whether your style is being high tech and speaking into your Apple watch: “hey Siri, remind me to take the trash out tonight at 8 p.m.” or writing on a post it note “trash!” and sticking it by the door, your brain will be thankful for the extra space.

The same goes for the little things you don’t even realise are cluttering up your brain. Move all your passwords to a password manager and out of your brain. They’ll be safer there too. Store your numbers, addresses, and crucial information about your business contacts in your phone — that’s what the address book is there for! Spend a few weeks being conscious of the thoughts in your brain that don’t need to be there, and start emptying your brain into external lists and apps. You’ll be shocked at how much more productive it makes you. 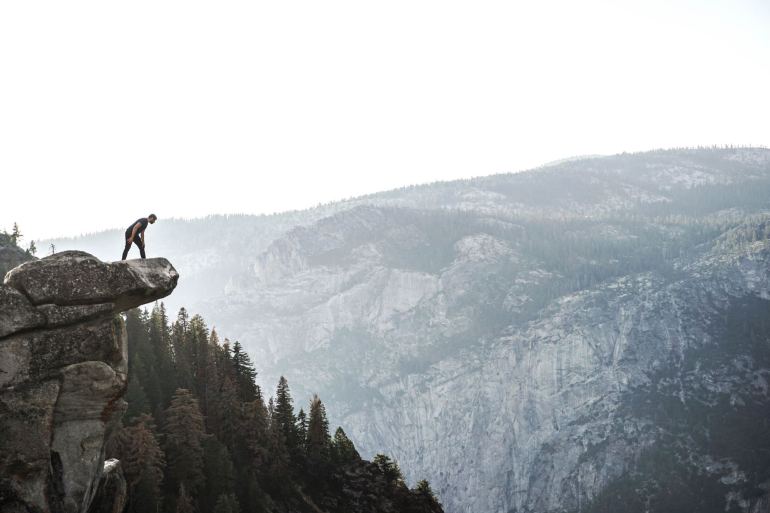 2. Don’t Get Caught Up in the Details

If you find that you’re getting caught up in minute details, ask yourself what you’re avoiding. It could be that you’re focusing on the details because it makes you feel productive; meanwhile, you’re not dealing with the issue at hand — which is something where you’re experiencing resistance. Let me give you an example: a common mistake made by many entrepreneurs just starting out is to focus on things like their logo, their website, their business cards, or cutesy little details… rather than actually going out and getting themselves clients or business. Guilty? Don’t worry, I am too.

Why is this so common, though? One simple word: fear. Focusing on the details means that you can avoid taking the path of resistance, which is resistant because it forces you to come face to face with the ‘what ifs’. “What if no one like my idea/service/product?” Something all entrepreneurs learn is that there will always be conflict on the road to success; the sooner you come into contact with that, and stop distracting yourself with excuses, the better. 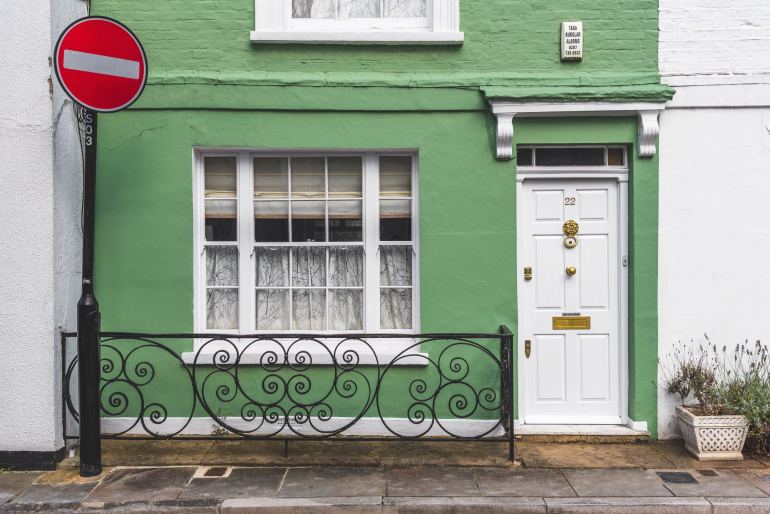 3. Remove Notifications From Your Phone, and Schedule Email Time

What do Elon Musk and Tim Ferriss have in common? They’re both in control of their inboxes. Elon Musk schedules half an hour at the start of each day to go through his crucial emails, avoiding the clutter of time-wasting ones. Tim Ferriss approached things a different way. He analysed his inbox to work out his busy hours then scheduled his email time around that. If you’re not sure where to start when it comes to taking control of your inbox, then you can find his method here.

What will scheduling emails do for your productivity, though? Well, it means that you can remove the email notifications from your phone, for a start. In fact, you should remove all notifications from your phone or put it on do not disturb mode while you’re working. A moment of broken focus results in a far longer moment to regain it. You’ll find that you’re much more productive when you’re not constantly glancing at your phone. 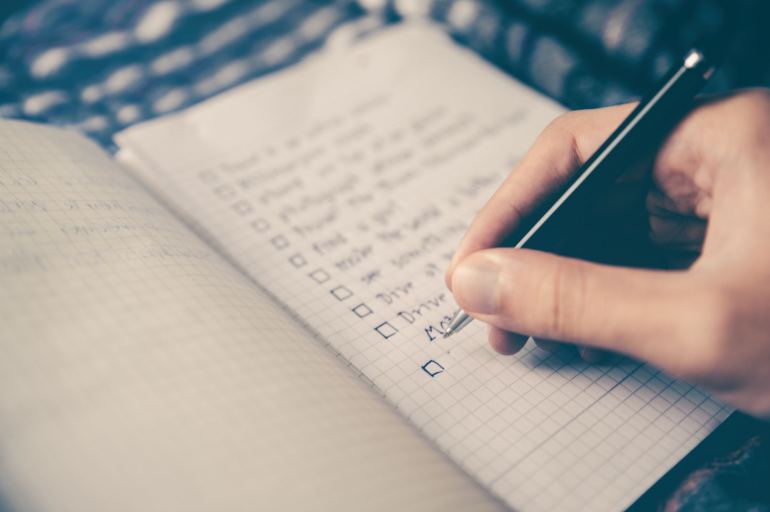 I love lists. But I didn’t always. In fact, they were a source of great resistance to me for years. Or I would make them and promptly lose them — finding them floating around amid crumbs and dust at the bottom of my bag months later. It took becoming a gadget lover to become a list lover, because I was removing the resistance of requiring a pen, a paper, and free hands. There was no longer any resistance to use as an excuse for not making lists. I’m that weird person who speaks into my smart watch or phone as a thought pops into my head, adding something to a list on OmniFocus — whether it’s something I need to buy, something I need to do, an email I need to send, or just an idea. The amount of time this has saved me is worth its weight in fancy gadgets. 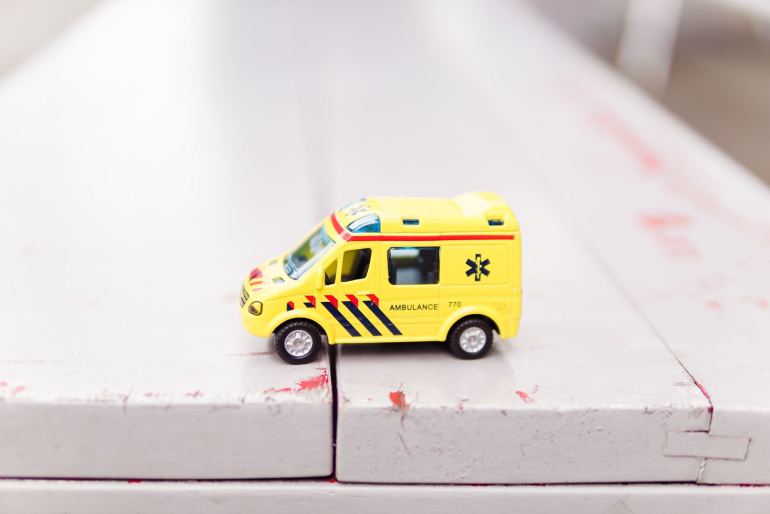 If you found the last point underwhelming or thought ‘but I do that already!’, then it’s time to upgrade your listing skills. Use the Eisenhower Matrix, also known as the Urgent-Important Matrix, to make sure you stay on track. Sorting out which tasks are urgent, which are important, which need to be delegated, and which can be completely forgotten, means that your lists can become far more efficient and less overwhelming than they might otherwise be. They’ll also help you stay on focus in order to not get caught up in the details. When you’re sorting things by how important they are, you no longer have the option of focusing on the trivial. 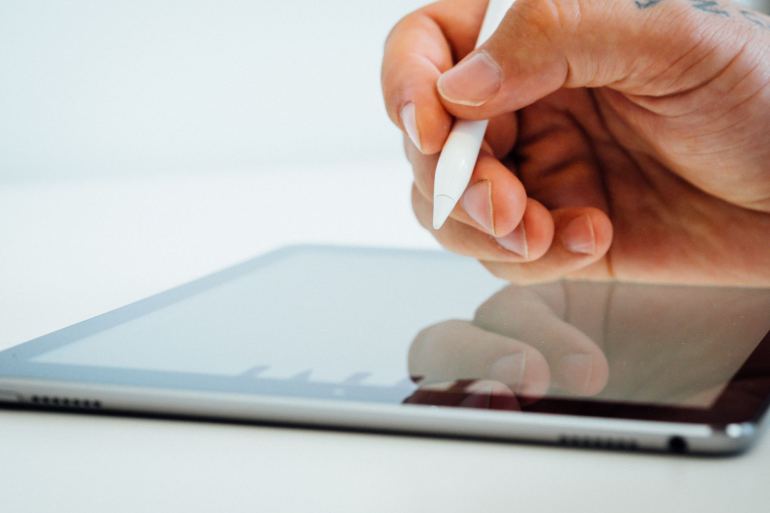 6. Review Your Day to Find Your Inefficient Snags

A simple, but not so enjoyable way of regaining lost time is by analysing your day, every day, without fail. By using a time tracking app, like Timing, which tracks all your activity, not just your work activity, and being completely honest about where you got off track, you can slowly but surely eliminate time-wasters from your day.

Timing also offers you the option to review your day the following morning, so you could even start your day by reviewing the previous day. If you lost time on Facebook, through distractions, or by doing non-essential things, then it will show up on your timesheets. Make sure you’re also using the productivity tracker tool to make sure you’re being as productive as possible and ensuring that your activities are correctly ranked for how productive you consider each to be. If you’re not too sure how to review your day, you can find a guide here. 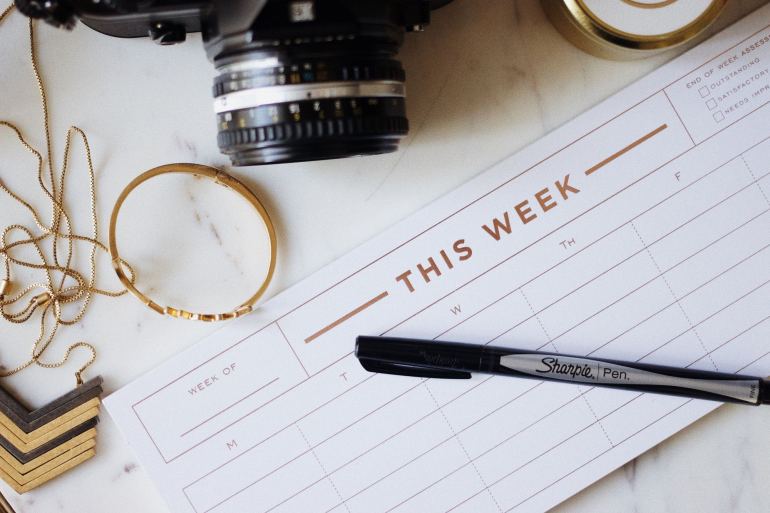 7. Do it Now, or Schedule it For Later

Putting things on a to-do list without giving them a due time and date or knowing when exactly you’re doing to do them is a quick way to escalate your stress levels by creating to-do list clutter. All those little things you added to the list while feeling optimistic are now sitting at the bottom without any sign of ever being completed. And so your to-do list has continued to grow, and will continue to do so, until you specifically schedule or delete everything that’s on there.

Feeling more productive and motivated yet? Productivity doesn’t just appear overnight — it takes months of consistency and habit building to create and build on. Believe it or not, the majority of the really productive people you know haven’t been that way since childhood — they’ve put years into becoming that way. Luckily for you, you have a whole year ahead of you to practice. By putting these hacks into action, we’ve given you a headstart. Go forth with this new knowledge, and dominate the hours in your day!

Feel like being super productive? Download our PDF of these tips to keep on your wall. It takes less than two minutes, so you should just do it now.